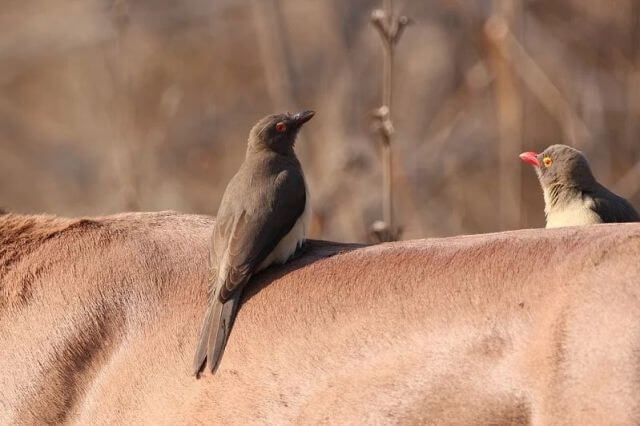 A warming climate and increased human encroachment into animal habitat have led to increased levels of tick-human contact, along with increased levels of tick-borne disease. Warmer weather allows ticks to reproduce earlier and in greater numbers and it allows more ticks to overwinter successfully, leading to an explosion in the tick population. Even worse, the possible environments in which ticks can thrive have been steadily increasing. Aided by animals and human activity, ticks have been able to increase their range further north every year, bringing the threat of tick-borne disease to places that have never had ticks before. In view of this, the question arises whether birds carry ticks and whether they are good distributors of ticks.

Yes, birds can be carriers of ticks and may even spread ticks. However, birds are not the main host of ticks (except for the European pigeon ticks – Argas reflexus, and some rare tick species that parasitize seabirds on remote breeding colonies). Of the tick species common in North America, it is the juvenile black-legged tick (aka deer tick) that infests birds.

There are over 2000 species of birds on the North American continent. Of these, only a few species are known to be regular carriers of ticks. Birds that come into contact with ticks are mostly ground-dwelling birds or species whose food sources are on the ground near typical tick hiding places.

In addition, many birds are excellent tick predators that will keep tick populations in check. So it is also possible that if a bird, that has discovered and feeds on a tick’s nest or picks ticks from a large host animal, small larvae transfer to the bird during the process.

While there are only certain birds that are good tick hosts, even fewer can serve as a reservoir for the organism that causes Lyme disease, the American Robin being one of the most common. Birds as a whole are not great reservoirs of Lyme disease and most bird species rarely even come into contact with ticks. 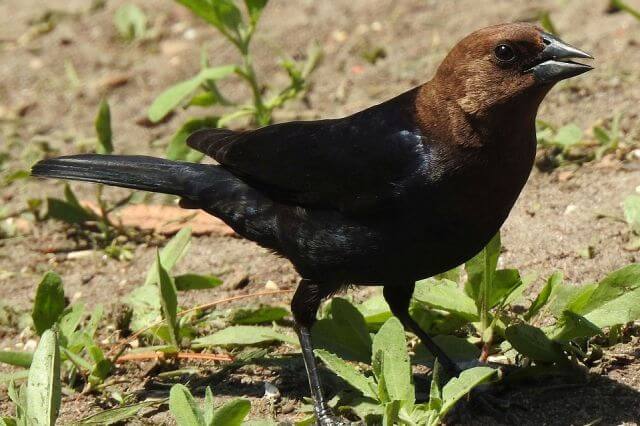 Ticks can feed on a variety of animals, from lizards to humans.  Since some bird species can also host ticks then it is also likely that after the feeding has ended, which can take several days, the tick can drop off at another location, so birds may also spread ticks.

The tick most responsible for spreading Lyme disease, the black-legged tick, feeds on birds and small mammals during the summer when the ticks are still in larvae and nymphs stages, while the adult stages feed on deer through the fall and winter. Because the nymphs are the life stage primarily responsible for spreading Lyme disease, many property owners have concerns that backyard wildlife, birds in particular, may bring with them ticks.

As some birds are common tick hosts, many professionals and even scientists have pointed to bird feeders as potential tick hot spots. The idea is that birds infested with ticks, which leave the birds after they have fed, will increase the nearby tick population.

Bird feeders will attract more birds to an area, increasing the tick population near the feeder accordingly. This would, in theory, bring humans into much closer contact with ticks. Whether or not this is true, however, is up for debate. Scientific studies are unable to conclusively find a link between bird feeders and high tick populations, with only some studies showing a fairly minor correlation.

In addition, birds are not the only creatures that enjoy bird feeders. Small mammals, like mice and squirrels, come to bird feeders looking for an easy meal and in the process can bring ticks. Mammals are both better Lyme disease reservoirs and better tick hosts, coming into contact with infested leaf litter and grass more often. They also do not feed on ticks like birds do, meaning that any ticks they bring to a given environment will not be compensated for by predation. It’s very likely that the microhabitat that harbors the most mammals will also be the one with the highest numbers of ticks, which would explain the shaky link bird feeders have with tick populations.

It’s probably not so much the birds that bring in the ticks, but the undesired small mammals that are incidentally attracted to bird feeder setup. 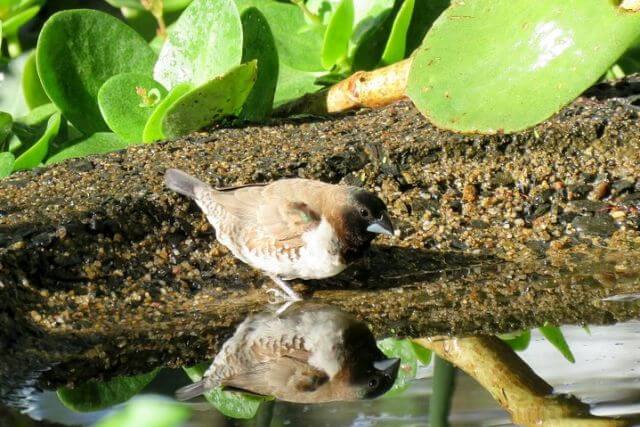 Reducing Ticks In Your Yard

There are some simple ways, however, to minimize the tick population in your yard while keeping yourself safe from ticks without the use of pesticides. This can be accomplished by keeping out of tall grass and leaf litter, using repellents, wearing tall socks and shoes, and checking for ticks after being outside. Any ticks should be removed and disposed of, preferably by crushing or freezing.

If you live in an area where tick populations are high, there are further steps you can take to reduce the tick population. Perhaps the best way to do this is to maintain a garden that provides a habitat for predatory insects and birds. Many insects are predators and parasites of ticks. Though they can harbor ticks, birds are also voracious tick eaters, capable of eating far more ticks than they would have on them. Plants that provide food and shelter for tick predators will indirectly help lower nearby tick populations.

Because the most successful tick hosts are small mammals, who are also likely to be interested in bird feeders, it is important to create an environment that discourages small mammals from feeding at bird feeders. The white-footed mouse is by and far the best reservoir of Lyme disease and is fortunately quite shy, and as such keeping bird feeders out in the open, like on a lawn or near a patio, will prevent most visits from white-footed mice. Squirrels are also capable of both hosting large numbers of ticks and of serving as a Lyme disease reservoir and as such should be discouraged with anti-squirrel devices, like spinning tubes or cones, that prevent them from accessing feeders. Keep the feeder clean and remove food that spills to make the area less attractive to mammals. 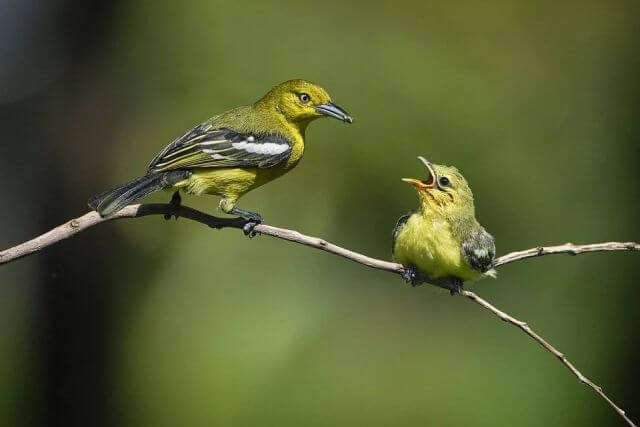 Benefits of Attracting Birds to Your Yard

The benefits of encouraging birds to come to your backyard are many. Birds in the garden are a great help in organic pest control so that synthetic insecticides are not needed. In summer, birds feed primarily on mosquitoes, flies, aphids, grubs, larvae, caterpillars, and many other pests that may cause damage.

From pest control to beauty, and our backyards are an important habitat for declining bird populations. And the risk of birds spreading ticks and thereby increasing the tick population in our garden is rather low. It is probably more effective to keep away rodents and other small mammals that are the typical hosts and distributors of ticks. Birds and humans can live in harmony without the fear of ticks and tick-borne diseases.