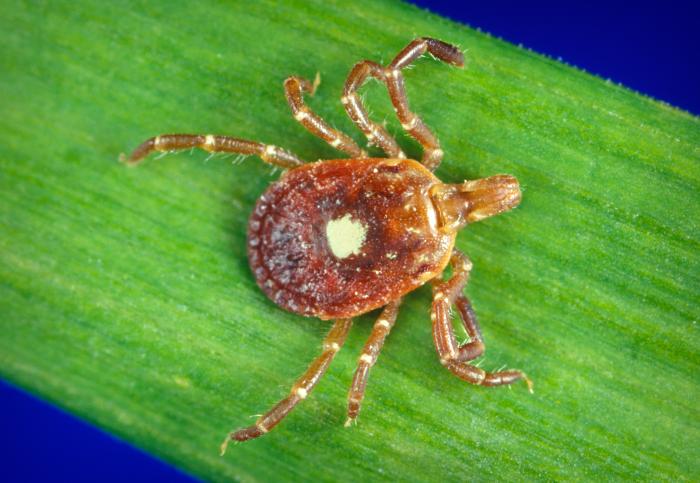 The lone star tick (Amblyomma americanum) receives its name from the unique white-silvery mark on the female’s back. These ticks strike people more often than any other tick class in the southeastern and eastern states.

Lone star ticks are widespread in many parts of the USA. They are found mainly in forests with dense undergrowth and areas where there is enough wildlife on which the tick can parasitize. The species can spread various infections on its host and also on humans. Lone star tick removal must begin immediately.

Adult male lone star ticks are around 2-5 mm long, while females are slightly bigger. When engorged, adult female ticks can be around 10-12 mm long.

Where Are Lone Star Ticks Found?

These arachnids are well populated in the midwestern, southeastern, and eastern US. It can be seen in Texas and southern parts of Iowa, Pennsylvania, Indiana, Illinois, and Ohio.

However, their area does expand to northern parts of the nation, like Rhode Island, New York, New Jersey, Connecticut, and southern and coastal Maine.

They are frequently observed in dry forested places with thick underbrush and along brooks and rivers near animal trails and resting sites.

These arachnids are regarded as three-host ticks as they use a different host at every working life stage (adult, larva, and nymph) to perform their life cycle.

The white-tailed deer is the most popular host for all three stages of these ticks, though they also rely on various other hosts, like humans.

A Special Danger to People

Like most ticks, lonely stars are just as happy to bite people for a meal of blood as they are to feast on many other warm-blooded creatures. And when ticks bite, they can transfer pathogens that make humans sick, too. Apart from ehrlichiosis, humans can also undergo other serious diseases, like the Heartland virus.

However, they can create problems that many of us may take seriously! If these ticks bite humans after a feast on cattle, they can spread alpha-gal, a sugar that can create a red meat allergy in people.

Lone star ticks can carry and spread various diseases that make animals and humans sick. Early detection and timely removal are necessary steps that you can follow to reduce irritation from lone star bites and the possibility of carrying a tick-borne infection.

Below are some of the vital diseases that the lone star tick can spread through a bite:

Symptoms and signs of ticks bite are usually the same. However, they are more critical in ehrlichiosis. Symptoms of this tick bite, which range largely from person to person, include:

Further signs and symptoms linked with ehrlichiosis but infrequently with anaplasmosis include:

Some people may be affected and not produce any symptoms.

How to Get Rid of it?

Habitat improvement and the elimination of host animals are the solutions to lone star tick dismissal. Keep lawn cut low, and trim back plants along paths, trails, and yard edges.

Remove trash and ground cover to restrain arachnids from making the garden their residence. If you suspect these tick problems on your property, reach an authorized pest control expert.

How To Remove Lone Star Tick from the body?

If this tick is seen on the skin’s surface and has already lodged itself into the skin, use well-point tweezers or a tick hook to take it as near the body’s surface as feasible. Next, stretch upward with uniform, steady pressure and avoid jerking or twisting the arachnid, as this can break the mouthparts and it may remain in the body.

After the tick is removed, completely wash the bite place with water and soap. Then, flush the arachnid down the washroom or cover it tightly in a cloth before throwing it in a closed vessel.

To avoid these tick bites, professionals suggest wearing tick repellent and long-sleeved outfits. Avoid resting on stumps, logs, or the area in bushy spaces. Regularly inspect the body and clothing for ticks to eliminate them before they attach to the body.

When Should You Worry About A Tick Bite?

Ticks of every kind are minuscule. The Lone Star tick is around the size of a chia seed – so it is quite improbable that you will know the bite when it occurs.

If you think a tick has charged you, it is essential to do an entire-body check-up to locate and eliminate any further ticks. Besides reducing the number of bites, having the tick can support you in knowing the type and, therefore, the particular health dangers linked with it.

After noticing anything that might be the lone star bite, you should observe your health regularly and consult your doctor.

Consulting a doctor is essential if you undergo pains, fever, rash, swollen lymph nodes, pain in your joints/muscles, or headache within 30 days of the bite. Those symptoms are connected with various diseases carried by ticks.

Help Protect Your Family And Your Pets

Unfortunately, since you can find ticks almost everywhere when you are outdoors, you should wear adequate protective clothing and use tick repellants if the risk is particularly high.

When strolling with your dog in the woods, it’s good to have them on the leash and stay on paths or tracks to lessen the chances of picking up ticks.

After being outside, inspect yourself and your pet — for ticks, and eliminate them immediately if found. Also, remove any leaf mess from your garden to keep it less welcoming for ticks.

The Companion Animal Parasite Council (CAPC) suggests that every pet should get all-year-round pet tick control. However, cats that spend much time outside are more at danger for ticks than indoor kitties.

Your vet can help reduce your pet’s risks and prescribe a tick control product that is both secure and powerful for your cat or dog.

The University of Rhode Island on Lone Star Ticks https://web.uri.edu/tickencounter/species/lone-star-tick/