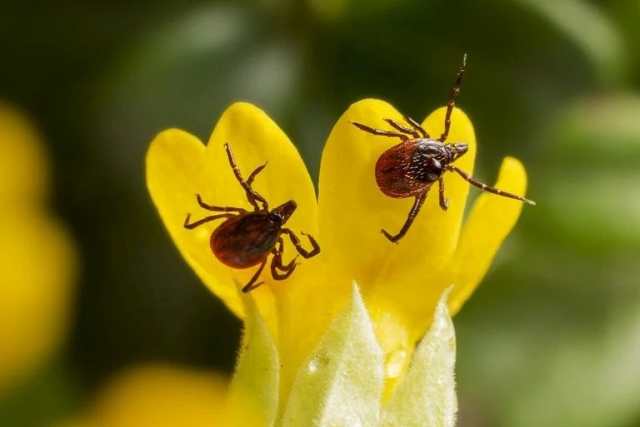 A changing climate has widespread ramifications for human health. Heatwaves, extreme weather, crop failure, and wildfire all threaten human communities. Our ecosystems are changing rapidly as a result. Perhaps most insidious, however, is the incredible effect warming temperatures have on the populations of pests. From locusts to mosquitoes, our most damaging pests will be able to expand their range and grow greatly in number in a warming climate. As a result, the economic and human damage they cause will become more extreme and happen far more frequently.

Why Are Ticks So Bad This Year?

The changes wrought by humans on the biosphere will also affect human disease vectors as well. Mosquitoes have been able to expand their range north, allowing the deadly diseases they carry to travel with them.

In North America tick populations have seen large increases, allowing them to broaden their geographic range and affect new regions. Most disturbingly, ticks have dramatically increased their range from the US far into Canada and make new headway north every year.

This is incredibly dangerous because ticks are far more than just a nuisance. They are a serious threat to public health and agriculture because they are excellent vectors for more than 15 different diseases, some of which can be fatal. When ticks bite an infected animal the disease can essentially replicate inside the tick, allowing it to be spread to the next unwitting host. Both humans and livestock can be seriously impacted by tick-borne diseases, causing both a heavy toll on animal agriculture and human life quality.

Ticks are also difficult to control

They are found wherever their hosts are – and many ticks have a wide host range, from lizards to deer. They are common in suburban areas, feeding on deer, pets, and rodents, and widespread in rangeland, wooded areas, and pasture. In Eastern North America the forests are thick with ticks, with only a single sweep of fabric across the forest floor producing many tick larvae. Ticks can go for many months without food or water and are difficult to control with pesticides, meaning that relying on personal control methods like thorough checking after being outdoors and using repellents is the best method of protection

Which Ticks Are Most Dangerous In America

There are many species of dangerous ticks in North America and they can all spread a wide variety of diseases.

The lone star tick, Ambylomma Americanum, has become famous for transmitting a disease that can cause allergies to red meat, the infamous alpha-gal syndrome. This tick, once confined to the eastern US, has recently been found as far north as Ontario and can transmit 4 diseases as well as causing sensitization to alpha-gal protein, causing the alpha-gal syndrome.

The hard ticks in the species Dermacentor can spread a wide variety of diseases, the most well-known being Rocky Mountain spotted fever. This disease can be deadly, with a mortality rate between 5-10%, if left untreated, and is becoming more common, appearing only recently in the southwest.

There are two species of tick, however, that is the most dangerous and cause the most human disease.

The tick most likely to transmit disease to humans is the black-legged tick (or deer tick). There are two species of black-legged ticks found in the US, Ixodes pacificus in the west and Ixodes scapularis in the east. These two species account for most of the tick-borne diseases in the US and are the primary carriers of Lyme disease, affecting more than 30,000 people each year.

Both species have a wide host range, feeding on many species of small mammals, lizards, deer, and even birds. Because they feed on animals that can move long distances, like migratory birds and humans, they easily spread to new areas and establish themselves easily, provided the weather is appropriate.

How Do Ticks Spread

In fact, hitchhiking is a common way new species of ticks colonize new places, greatly exacerbated by human movement. Ticks can spread to new places in clothing, leaf litter, hay, or nursery plants being moved between places, as they can go a long time without feeding, and they can spread by attaching to livestock or humans and hitching a ride directly on their body.

The Asian longhorned tick began appearing in the US in 2010, likely by attaching themselves to imported livestock and materials. They are a vector of human and animal diseases and have become an invasive species in many states. The potential for new tick introductions to North America is increasing greatly, however, as the climate changes and opens new habitats for tick colonization.

As the climate has changed winters are becoming milder, which is a great boon for tick populations. This is not so much weather-related as it is host-related: mild winters allow deer to have more fawns and mice to breed more, providing ticks with a ready supply of hosts that would not be present in a colder environment.

In addition to increased numbers of hosts, warm conditions allow ticks to remain active far later than they would normally and go through more iterations of their life cycle. This means that they can travel farther and breed more, allowing tick populations to explode. In fact, the EPA noted that the presence of Lyme disease has increased greatly as the climate has warmed. This is believed to be due to the fact that ticks will only remain active above a certain temperature threshold, around 45 degrees Fahrenheit. This means that there are more chances for ticks and humans to come into contact with each other.

Though it might be easy to place all the blame on climate change, increasing urbanization and habitat destruction can also contribute. Turning previously forested land into suburbs brings humans into closer contact with natural areas and allows animals and humans to come much closer than they normally would. This human encroachment on natural areas allows for increased human-tick interaction and increases the potential for disease spread.

How To Stop Ticks Spreading – Can We?

From the incidence of Lyme disease to tick population surveys, all indicators point to a warming world causing a boom in tick populations and a sharp uptick of tick-borne diseases. The ramifications on public health and agriculture are serious, and ticks will become an increasingly greater threat as the human toll on our climate becomes larger.

As tick populations increase it is important that governments, public health officials, and individuals take steps to protect themselves. It will become more important to treat animals with repellents and pesticides and to use personal repellents when in the outdoors. It is also vital to check both humans and pets after extended periods outdoors and remove ticks immediately, disposing of them by freezing or crushing.

Current and Future Distribution of the Lone Star Tick – journals.plos.org/plosone/article…

Tick distribution in the US – vectorecology.org…