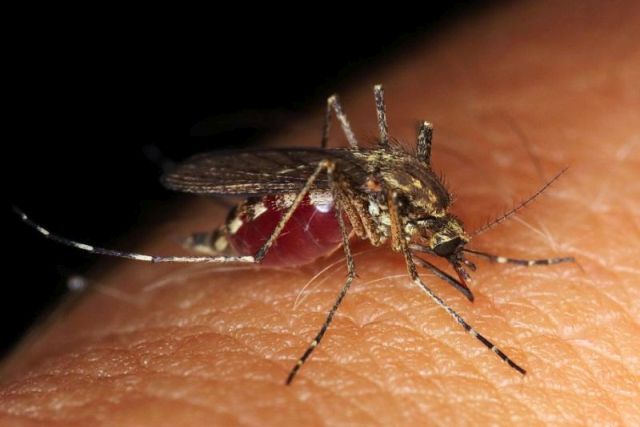 DEET is a chemical insect repellent. It is highly effective against various blood-sucking insects such as mosquitoes, mites, fleas, bedbugs, black flies and ticks. It is estimated that more than 200 million people use repellents containing DEET each year. Based on studies examining the long-term use of DEET by millions of consumers, no significant and lasting negative health effects have been observed in humans.

What is DEET In Bug Spray?

DEET is short for Diethyltoluamid or N,N-diethyl-meta-toluamide, a chemical substance that is the active ingredient in many insect repellents. It is used to repel pests such as mosquitoes, ticks, fleas, and biting flies. It was developed by Samuel Gertler on behalf of the US Army to protect American soldiers in insect-invaded areas during deployment. it was approved for use in the civilian sector in 1957.

DEET is actually also a naturally occurring substance.  It was found in female Pink Bollworm Moths,  scientific name Pectinophora gossypiella, a nocturnal moth species, that is native to Asia.

What Is Deet Made Of?

DEET is a chemical compound made of carbon, hydrogen, nitrogen, and oxygen, as you can see from the chemical structural formula C12H17NO.

For the production of DEET different organic acids are combined with amines. Under the right process conditions, DEET is then synthesized from these compounds.

In its pure form, Dietyltoluamide – DEET, is a clear, slightly yellowish liquid with a mild odor that can be mixed with alcohol, it does not dissolve in water easily.

As mentioned above, Diethyltoluamid is the active ingredient in insect repellents /bug sprays. DEET-containing products are available in a variety of lotions, liquids, and sprays. Preparations can be applied directly to the skin to repel insects.

How does DEET work?

There are different views about the mode of action of DEET.

How long is DEET effective to provide protection?

Protection against mosquitoes is somewhere around 6 hours to a maximum of 12 hours, depending on the concentration of the product.

The repelling effect against ticks is not as long, it is around 2-4 hours depending on the type of tick.

How long a certain product protects also depends on the active ingredient content, the type of application, and environmental factors. If the temperature is high or the humidity is high, the effectiveness decreases. Sweating also reduces effectiveness.

The Centers for Disease Control and Prevention recommended that 30–50% DEET be used to stop the spread of pathogens carried by insects.

Is DEET safe for children

DEET is safe for pregnant women

In many countries that are facing the Zika virus and yellow fever disease, doctors advise pregnant women to use insect repellents containing DEET. Experts argue, whether DEET-containing repellents are harmful or not during pregnancy. The World Health Organization (WHO) recommends DEET as the active ingredient of choice for protection against tropical diseases such as malaria, yellow fever or dengue fever. When used as instructed, there are supposedly no harmful effects, or the benefit outweighs potential side effects (e.g. protection against malaria, dengue, etc., and complications thereof).

Different studies however show that a small amount of DEET can enter the fetus’s bloodstream from the mother, but the babies show normal growth with no abnormalities. Experts also suggested that pregnant women should use repellents with low concentrations of under 30%. If in doubt or if you are in an area where there is no risk of contracting a dangerous disease from insects then avoid insect repellents. In any case, you have to weigh the risk-benefit of whether you need and insect repellent.

Side effects of DEET

Insect repellents that contain DEET are not dangerous if label guidance is followed and the product is used carefully. In limited instances, some people have experienced unwanted side effects such as skin rashes, blisters, and skin irritation, possibly by applying too much repellent and being exposed to very high doses. Observed side effects are rare and are in no relation to the harm caused by parasite-borne diseases.

The most significant benefit of DEET is its capability to repel potentially disease-carrying insects including ticks, mosquitoes, fleas, and biting flies. Lyme disease (transmitted by deer ticks), La Crosse encephalitis virus (transmitted by mosquitoes) and West Nile virus are caused by these insects. These diseases can cause severe health issues or even death in the case of encephalitis.

The Centers for Disease Control and Prevention (CDC) suggest the use of insect repellents when outdoors. Studies indicate that it repels ticks for about 2-10 hours and mosquitoes from 2-12 hours which depends on the concentration of DEET in the product.

DEET irritates eyes and mucous membranes. Don’t apply near the eyes and mouth. Do not apply on broken skin or on sunburns.

Ingestion can lead to seizures. It was also reported that children under 16 years of age suffered from brain damage and seizures after ingesting DEET and extensive application of repellents.

The substance is very toxic to aquatic organisms, don’t use it near water or if you intend to go into the water for a swim.

Remains in the air as a mist or vapor when sprayed. It must be broken down by the atmosphere. The time it takes to break down is controlled by temperature, humidity, and wind.

How to Use DEET

There are some points that should be kept in mind when using insect repellents containing DEET.

Read and follow all the precautions on the product label. It should not be applied to irritated skin, cuts or wounds.

Is Deet The Best Bug Repellent?

In summary, one has to admit that DEET is one of the most effective insect repellents available to date. Whether you use it or not, you have to consider by weighing how high the risk is if you do not use it.

The World Health Organization recommends it for protection against tropical diseases such as malaria, zika, yellow fever, or dengue fever.

DEET effectively repels pests such as mosquitoes and ticks, but it does not kill them. It irritates the olfactory organ of bloodsucking insects and makes the wearer invisible to the insect.

N,N-diethyl-meta-toluamide is a man-made chemical substance that is used as an active ingredient in many insect repellents. It is considered safe to use when strictly used as instructed. It is safe for children and pregnant women, though precautions should be followed.

Assessment of methods used to determine the safety of the topical insect repellent N,N-diethyl-m-toluamide