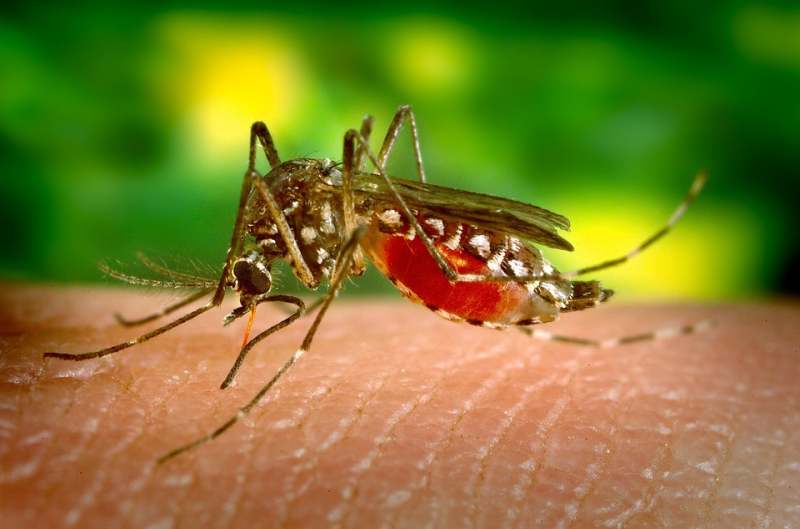 Picaridin is an effective repellent that protects against insects and ticks. Repellents containing picaridin are applied directly to the skin. The active ingredients evaporate slowly and form a protective shield around the wearer. This smells really bad for most insects and has a repelling and deterring effect that keeps them away.

It is effective against mosquitoes, ticks, lice, mites, and fleas and can prevent mosquito-borne and tick-transmitted diseases. Picaridin can also provide long-lasting and reliable protection against insect bites in the tropics.

Picaridin is a chemical compound from the group of piperidines. It is derived from Piperine, the alkaloid that gives pepper its peppery characteristics. It is odorless to humans but smells repulsive to insects such as flies, mosquitoes, flies, lice, mites, ticks, and fleas.

Picaridin is a clear non-greasy, non-water-soluble liquid that needs to be diluted into a carrier liquid so it can be applied to the skin. Depending on the concentration it is effective for up to 8 hours on mosquitos and up to 5 hours against ticks. Suitable products with low concentrations are considered safe for children over one year.

How does Picaridin work?

Being a true repellent, Picaridin deters insects, but unlike insecticides, it does not kill them. When applied onto the skin, it will slowly evaporate into the air forming a thin barrier above skin and clothing which prevents insects and ticks’ sensory organs to pick up the human scent.  Or in simple words: For the bug, you will simply not be there.

Being camouflaged like that helps to prevent diseases spread by mosquitos, like Zika Fever, West Nile Fever, Dengue Fever, Malaria,  as well as tick-transmitted diseases such as  Lyme disease, Babesiosis, Ehrlichiosis, Rocky Mountain Spotted Fever, and many more.

The list of repellents containing Picaridin is long, there are a couple of dozen products available.  It is sold in the form of sprays, lotions, pump sprays, aerosol sprays, or wipes.

The concentration of the active ingredient in the various repellents is usually between 10% and 30%. As a rule of thumb, the higher the concentration, the more effective the product.

The duration of protection varies depending on the Picaridin concentration and is between 4 to 8 hours. It is difficult to give clear numbers here, as factors such as air temperatures and humidity, as well as body odor and sweat intensity of the user, will affect the duration of the protective effect.

How to use Picaridin?

Picaridin can be safely applied directly onto the skin. Read instructions and apply as directed.

When used as directed Picaridin is generally considered safe and side effects are very rare. The first time you use picaridin-containing insect repellents, you should do a patch test. This means trying a tiny amount of the product on a small area of skin. If you are prone to a hypersensitivity reaction to it, the skin will become red, itchy or irritated.

It must be noted that it is very well tolerated. Unwanted reactions after applying repellent must not necessarily be a reaction towards the Picaridin but possibly to one of the many other ingredients of the repellent. Do not use the product and consult a doctor for clarification.

It is positive to note that it is odorless and non-greasy and does not react when in contact with plastic or similar materials. DEET-containing products are known to react with many plastic surfaces.

DEET has been well researched and a lot more is known about it as it has been in use as an insect repellent for about 80 years. Picaridin is relatively new in comparison since it was developed only in the late ’80s

Both agents are synthetically produced and effectively repel insects. However, DEET seems to work a little better and provide longer-lasting protection against a wider variety of insects but at the cost of possible side effects.

When comparing Picaridin vs DEET: the higher efficiency repelling bugs is associated with an increase in possible side effects. Frequent and intensive use of products containing DEET may cause skin irritation and redness. In rare cases, sensitivity disorders such as numbness or tingling sensations have been reported. DEET is absorbed through the skin, can enter the bloodstream, and may have in very rare cases unwanted effects on the nervous system, such as headaches, and in a few cases, even seizures have been described.

Overall, Picaridin is classified as slightly milder and gentler than DEET. There are hardly any side effects known and skin irritations are less common. Picaridin vs DEET is less intrusive to the metabolism and better for sensitive skin.

In areas, without dangerous diseases, preparations containing Picaridin are preferable, because of the better tolerability and no side effects.

According to the CDC, Picaridin-containing repellents may be used during pregnancy and lactation. So far no problematic side effects have been observed in humans. Don’t use repellents shortly before breastfeeding, and do not apply to the skin of the breasts.

Infants and children under the age of two should not use Picaridin. Cover infants under mosquito nets.

Picaridin provides reliable protection against mosquitoes, ticks, and other biting insects that could transmit dangerous diseases. The active ingredient is well tolerated and not associated with any side effects. Especially for sensitive skin, pregnant women, and small children, it is a good alternative to DEET.

But remember: since even the best insect repellents cannot reliably provide 100% protection against mosquitos and ticks, further preventative measures should be applied.