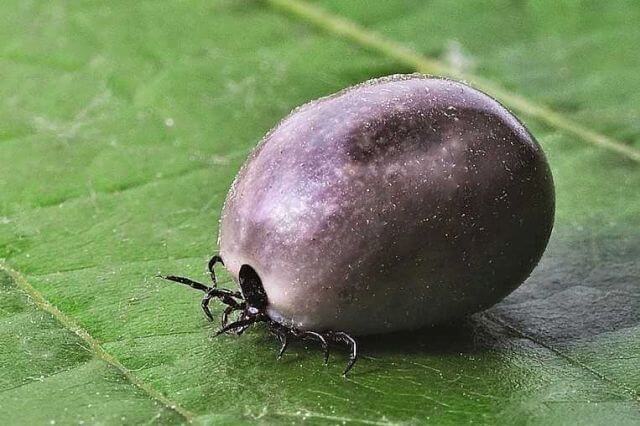 The body of a tick often contains a whole cocktail of different types of bacteria, viruses, and protozoa, which can be transferred by a tick bite. At least 16 diseases are known that ticks can transmit to humans. Some tick species can cause more than one disease with a tick bite because ticks can carry several different bacteria in their intestines. All tick-borne diseases are dangerous and must be treated by a healthcare professional.

Why do tick bites make you sick?

In order to grow and produce offspring, the tick has to feed on blood at least once in each stage of development. As larva, as a nymph, and as an adult. Many tick species are not picky, the main thing is that the host has blood.

Larva and nymph ticks often parasitize on small rodents or other small animals. Adult ticks also bite larger host animals. But as I said, they are in no way picky and infest everything that passes by from mice, squirrels, mongoose, raccoon, dogs, deer, as well as various species of birds and reptiles and humans.

The small host animals that live on the ground are often omnivores and thus they also consume everything. With it also a large number of parasites, which may serve as reservoirs for other parasites and pathogens that cause disease.

So ticks come into contact with blood that is teeming with bacteria and viruses because the previous host animal may have ingested the pathogens with their food and then pass them on to the ticks, which can then pass it on to us humans. 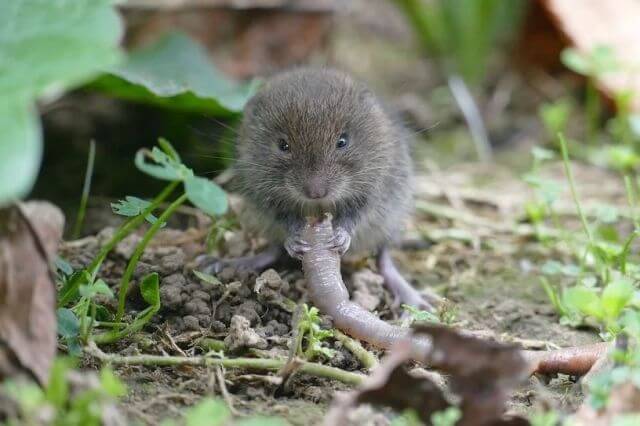 What Diseases Are Transmitted By Ticks?

Or Lyme borreliosis is the most common tick-transmitted disease. It is caused by bacteria that are harbored in the intestine of infected hard-bodied ticks, the Ixodes family, one of the most common ticks class. An infection is usually only possible after several hours of feeding as it takes some time to spread the bacteria from the tick’s gut to the host. Since there is no vaccination against human borreliosis, the most important prevention is the avoidance of tick bites as well as the immediate removal of the parasites.
If infected, a few days to a few months may pass until the onset of the first symptoms. Since the signs are not clear but are typical of numerous diseases,  a clear diagnosis is often difficult.

Lyme disease symptoms may include:
fever, limb pain, joint pain and inflammation, general exhaustion, a rash,  headache,  paralysis (especially in the face), circulatory and heart problems, strong pain, dry, aching and thinning skin, etc…
There is currently no vaccination for humans to prevent Lyme disease. However, the bacterial infection can be completely healed if antibiotics are used at an early stage. If the disease has already developed into a chronic course, the therapy is much more difficult and not always successful.

This is another form of bacterial illness and the second most common of the diseases transmitted by ticks. It is transmitted by black-legged or deer ticks. The bacteria target and infect white blood cells altering the life cycle of these blood cells.
Common symptoms may include lethargy, lack of appetite, nausea, vomiting, neck pain, joint pain, difficulty in moving, sensitivity to light, etc…
There is no vaccine against human anaplasmosis. Antibiotics are the only form of treatment.

This is a parasitic malaria-like disease caused by Babesia, a microscopic parasite that infects red blood cells. It’s a rare disease and most infections are asymptomatic with only mild flu-like symptoms. Only in very rare instances can it be severe and sometimes fatal. It is transmitted by the deer tick. A major host for the parasite is cattle, the disease is also known as Texas cattle fever.
These symptoms of Babesiosis will include tiredness, lack of appetite, muscle ache, chills, and fever. Most patients spontaneously recover. Symptomatic patients will be treated with malaria medication like clindamycin and quinine.

This dangerous disease is transmitted through the Lone star tick and the American dog tick. It is caused by Rickettsia parasitic bacteria.  When infected, you will feel severely ill and immediate treatment is required.
The first symptoms are sudden rising fever, headache, nausea with vomiting, muscle pain and skin rash. Diarrhea and abdominal pain may occur. In the early stages, the disease is difficult to diagnose since the skin rash becomes visible only about six days after the first symptoms.
The treatment must be started immediately in case of suspicion of being infected with Rocky Mountain Spotted Fever. Effective antibiotics are doxycycline and chloramphenicol, the latter should only be considered as a reserve because of possible serious side effects. The treatment is continued for at least three days after the fever.

Symptoms of this disease will start one to 21 days after being bitten by an infected lone star or brown dog tick. It’s caused by parasitic bacteria that will infect and kill white blood cells. Symptoms may include fatigue, headache, muscle aches, fever, vomiting, nausea and in rare cases a skin rash.

Antibiotics such as doxycycline and minocycline are the medications of choice There is no vaccine against Ehrlichiosis. Preventing tick bites is the main measure against the disease.

To reduce the risk of infection by a tick-transmitted illness you should always use preventative measures such as effective tick repellents before going into a tick-infested territory and thoroughly inspect your body afterward.

If any signs or symptoms occur after a tick bite, consult your doctor immediately. A fast diagnosis and treatment can prevent severe progression and late effects or at least reduce the risk.