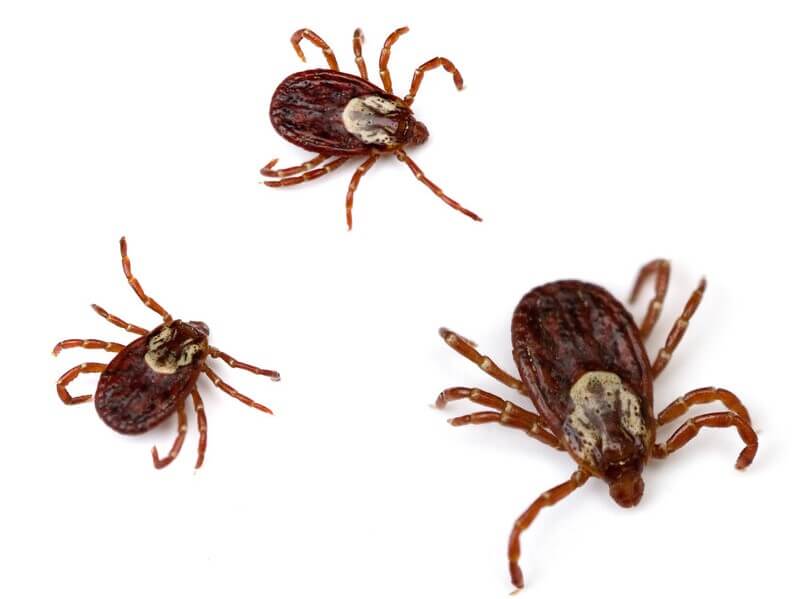 Dermacentor variabilis, the American Dog Tick belongs to the large family of Ixodidae, ticks with a hard shell. The species is native to the United States of America and occurs primarily in the eastern two-thirds of the country. The preferred host of adult ticks are dogs, occasionally cats or humans are bitten. Larvae and nymphs feed mainly on small rodents, which also spread them. The American dog tick is a known carrier of Rocky Mountain spotted fever and Colorado tick fever, it can also cause tick paralysis. 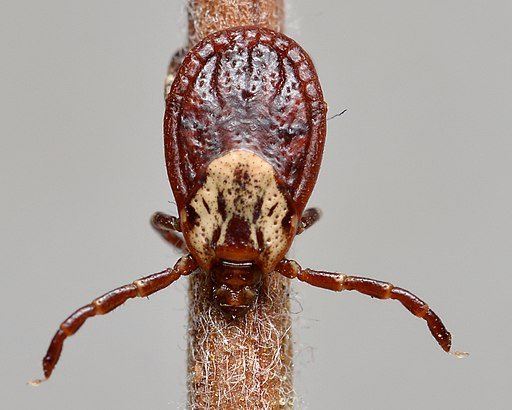 Larvae of the American dog tick are tine, just about the size of a poppy seed. The size of an adult ranges from 1/5 inch (5mm) to just about 3/6 inch (15mm), depending on how well it is engorged on blood. The ticks are oval and flattened in shape. Colors appear brownish with white to gray markings. Females have a dark body and large off-white scutum. Larvae will have six legs, while nymphs and adults have eight. The first pair of legs in adults bears a distinct spike that helps to grab a victim

Where are they found?

American dog ticks are found across America to Rocky Mountain. They are more frequent in the eastern part of the United States and small sections of California along the west coast.

Distribution extends to the east of the Rocky Mountains. These ticks also occur in particular areas of the pacific coast.

American dog ticks prefer areas that are grassy and with low vegetation. They appear in passages where larger mammals move. They cannot, however, survive indoors.

Life cycle/host of the tick

The ticks feed on people and animals ranging from rodents to livestock. You may not find Nymphs and larvae attaching to humans or even pets. Ticks during their adult stages stick onto medium-sized hosts such as racoons, skunks, cats, dogs and other canines.

The ticks choose such habitats where the exposure to their probable hosts is the highest. Adult American dog ticks prefer dogs as hosts and eventually transfer to humans. Once the female ticks are ready to lay eggs, they look for an appropriate location. They detach themselves from their hosts.

American dog tick bites can cause diseases such as Rocky Mountain spotted fever (RMSF), Tularemia, and others in humans and canine tick paralysis among the pet dogs. It gets visible through paralytic symptoms such as losing reflex actions and steadiness.

Primary symptoms such as itching, fever and tick paralysis become visible in a few humans. A tick paralysis leads to extreme respiratory distress and muscle weakness.

The diseases are due to bacteria that may transmit with a tick bite. Few of these even spread from rabbits, mice, squirrels and other small animals.

No, American dog ticks do not carry Lyme disease. But they can carry bacteria that causes Tularemia and Rocky Mountain Spotted Fever

What are the Symptoms of American dog tick diseases?

After being bitten by an American dog tick, watch for signs of a rash is developing near the bite site, the main symptoms of Tularemia, and Rocky Mountain spotted fever. Other signs to look out for after a tick bite include fever, a red spot or rash near the bite, stiff neck, chills, a rash all over your body, nausea, muscle or joint pain, swollen lymph nodes.

Symptoms usually appear within a few days to a few weeks after the bite. Generally, after a tick bite, you should be alert and observe the bite site as well as monitor your body for any changes or signs of illness. If you have any suspicions, see your doctor.

How to remove an American dog tick?

What you need to know about a tick bite is that the little parasite cannot start feeding immediately after transferring to the host. It takes a while to find a good bite site and another few hours for the tick’s mouthparts to become deep enough embedded in the host to start feeding. This gives you some time, so remove the tick as soon as you notice it on the skin. 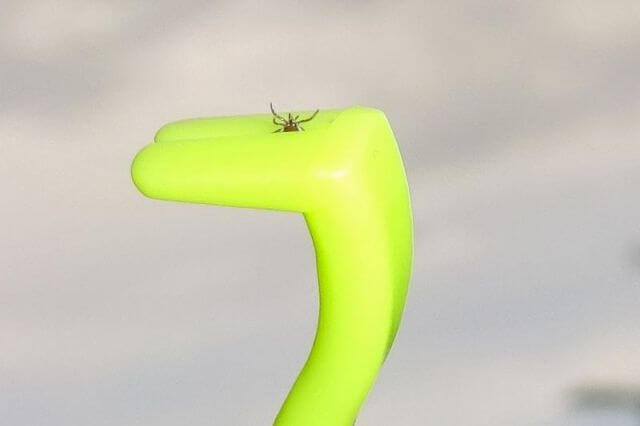 It is always a good idea to use a tick hook or fine-tipped tweezers to pluck a tick from the skin. Using hands might end up transferring secretions of an infected tick to eyes, mucous membranes, mouth, etc.

Grasp the tick closest to the skin’s surface and pull it steadily upwards. Twisting or jerking the tick might break the mouthparts, and they might stay back in the skin. Ensure that you remove the tick slowly as the tick holds onto its host using mouthparts covered in sharp, backward-directed pinpoints.

You must wash and clean the bite with an antiseptic soap once the tick is removed. Flush the tick down the toilet or wrap it in a tissue if you plan to store it away in a sealed bag for further study.

Fortunately, most tick bites are harmless and even the small wound heals without any problems. But unfortunately, there are some rare cases in which complications occur if bacteria that causes Tularemia and Rocky Mountain Spotted Fever are transmitted.

These diseases can be dangerous, they have to be treated professionally, but even then they can be severe and in rare cases even fatal.

Always monitor your body after a tick bite, to see if the bite site becomes infected, or other changes occur. When in doubt it is always best to consult your physician. This could also be advisable if a part of the tick breaks off and remains in the wound after removing the tick. 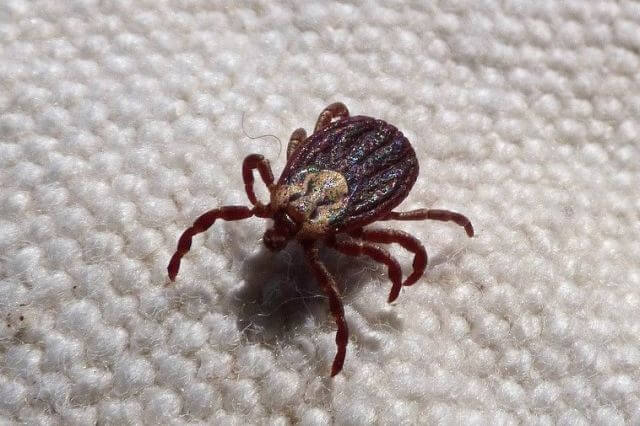 Protect your family and pets

The definitive way to prevent tick bites is to avoid ticks altogether. But that can be really difficult because ticks are so common. Follow basic precautions to protect yourself and your family.

Practice using repellents certified by EPA when outdoors and in tick-infested areas. You can choose DEET or picaridin-based repellents or essential oils such as lemon eucalyptus. Treating your outdoor gear (tents, sleeping bags, etc.)  and clothes with permethrin spray is another way of keeping ticks at bay and reducing the risk of tick bites.

Dress in long-sleeved shirts and pants, and light-colored clothes will aid you to detect crawling ticks. Also, tuck your pants into the socks and boots.  Check thoroughly for attached ticks once returned from outdoors. A shower after spending time outdoors may be beneficial in getting rid of ticks that are not yet firmly lodged in the skin.

As a pet owner, you should have a good tick protection plan for your animal. Also as homeowners with a large garden with a lot of vegetation you are at a higher risk of a tick bite. A well-kept and tidy garden, and tick control (if required) will help you to reduce risk to a great extent.